Are you looking for lifesize statues? Lifesized statues can be seen everywhere in the streets, parks, and memorials. It truly records the life and state of people in each period, vividly expressing the actions and expressions of the characters, as if telling the story of the times and putting people in it. With the progress of the times, the materials for lifesize statues are not limited to copper, stainless steel, stone, etc., fiberglass lifesize statues become popular. Because fiberglass has stable chemical properties and bright colors, it can be made into a variety of colors and shapes and is widely used.

Ant Display Co., Ltd. is the supplier of fiberglass lifesize statues. We have an independent production workshop and are a comprehensive sculpture company integrating design, production, sales, installation, and after-sales. Over the years, Ant Display has won praise from all walks of life and the appreciation of experts and scholars by its personality, fashion, and unique design style, and adhering to the business philosophy of "innovation, aesthetics, and integrity". Our company has a team with exquisite carving technology and excellent style. We have a deep understanding and insight into the urban natural environment, historical environment, and humanistic environment. We are constantly pursuing exploration and innovation in artistic creation, and strive to contribute more sculpture art products to society! 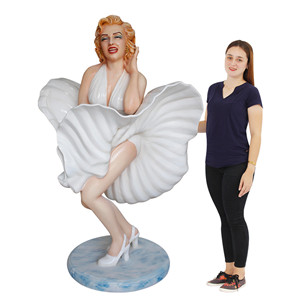 It conveys the unique spirit of the characters to people, to inspire future generations to make unremitting efforts. Fiberglass lifesize statues can also be used for static display in shopping malls, and can also be combined with different architectural styles. Whether you are attending an exhibition, company celebration, opening event, brand promotion, or cultural exchange, fiberglass lifesize statues can play an important role. Good ideas can not only complement your decorations but also better integrate culture and enhance publicity. It can also improve the company's image and stand out from the competition.

How to find the lifesize statues ratio

The correct ratio is very important for lifesize statues, they can make the characters look more realistic. This requires architects to summarize and observe more in their lives. The standard human body proportions are the guide for artists when creating artworks such as paintings and sculptures of heroes and role models. For example, Michelangelo’s David is seven and a half heads tall. To make fiberglass lifesize statues, you need to draw the characters first and make them in proportion 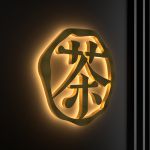 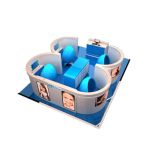 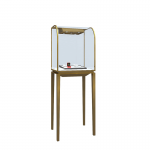 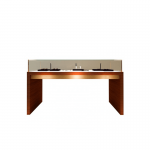 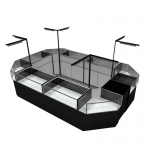